If you missed Parts 1 and 2, go back and check it out. Until then, here we go! 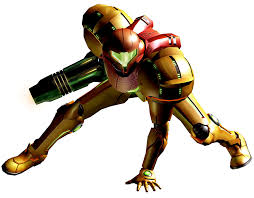 Metroid is one of my all time favorite video game series. In fact, Super Metroid was the game that made me love video games. While I was introduced to other games such as Super Mario Bros 3, Super Mario World, Street Fighter II, Mortal Kombat, and Sonic the Hedgehog 2, Super Metroid was something very special. It was a sci-fi epic that has a huge massive world, awesome battles, and a great soundtrack. But what really resonated in my mind was the fact that the main protagonist was a female: something that I've never seen before. Samus is a tough, strong, and independent bounty hunter dedicated to save the galaxy from Ridley, Mother Brain, the Space Pirates, and the Metroids. She has an awesome suit filled with different types of beams and missiles, she can morph into a ball to squeeze into tight spaces, and she has different visors in her helmet. Even if she didn't have her suit, she can run faster and jump higher than regular humans due to having the blood of an alien being called the Chozo. The Chozo raised Samus as their ultimate warrior after Ridley killed her parents when she was 3.

Samus is my favorite female protagonists in video games and a huge influence in my life as a wonderful female role model.

Years ago around my college years, I signed up to a website named Willvolution that dedicated themselves to playing video games competitively. They would play games such as Street Fighter III: Third Strike, Guilty Gear, Dead or Alive 4, and especially Naruto: Gekitou Ninja Taisen 4 (Naruto: Clash of Ninja 4). We would meet every month and play these games and interact with all the gamers who would show up. The community were friendly, funny, and passionate for video games, anime, and movies. It was just as good as the community from Manic Expression. I even ran video game tournaments in my senior year of college and it ran very well during that one year. Unfortunately, most of my community friends moved on with their lives and newer, younger guys became the members. I felt out of place and left the site. However, I would never forget the friends I made during the 3 years I was there or the experience I gained by being on the group. 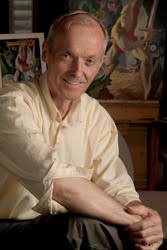 When I was a kid, I had watched The Land Before Time and All Dogs Go to Heaven religiously. I even bought the first 6 Land Before Time sequels because I loved the first movie so much. I regretted it years later after finding out how bad they were and that Don Bluth had nothing to do with them. During the time when Disney wasn't doing very well with their animated movies, Don Bluth came along and did movies that doesn't talk down to kids. Movies such as The Secret of NIMH and An American Tale were magical and down-to-earth. However, around the 90's, he seemed to have made very mediocre movies such as Thumbelina, The Pebble and the Penguin, Rock-A-Doodle, and A Troll in Central Park. As for how I feel about Anastasia and Titan A.E., I liked them okay despite their flaws. But the work that he was known for will always teach me that movies for kids can be a bit harsh just as long as it has a happy ending. 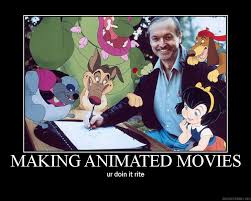 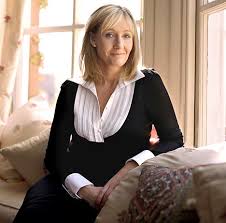 During the late 90's when Goosebumps was losing its popularity and Animorphs was starting to lose fans due to the really awful TV series in Nickelodeon, kids were losing interest in reading books. But then a little book from the U.K. called Harry Potter and the Sorcerer's Stone came out and kids loved it! J.K. Rowling had a love for writing ever since she was 5-years-old and her love of it grew when she created a young wizard boy while hanging out in a cafe. That small idea turned into a huge phenomenon with 7 books, 8 movies, a theme park attraction in Universal Studios, and a huge fanbase. Her recent book The Casual Vacancy has had mixed reviews, but mostly because it wasn't "Harry Potter". I really liked it despite the dark humor and settings. I look up to her as one of the best authors in the last decade. 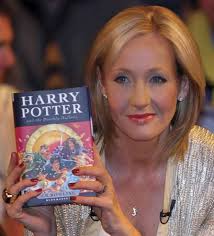 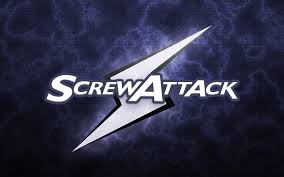 Whenever I ask bloggers or online critics on who was their main influence, most people have said either Doug Walker or James Rolfe. My main influence came from the crew from ScrewAttack. The founders "Stuttering" Craig Skitimas and "Handsome" Tom Hanley had a passion of reviewing old school video games that was never before seen anywhere at the time. Most video game websites were focusing on the recent games and reviewed it as critics. But ScrewAttack had fun with their reviews with unique top 10's, original content, their own convention, and fun members. Sure there was a lot of tension over the years with "Handsome" Tom leaving the site and going on to do Game Heroes, but Craig, Chad, Ben, Jared, and more. Not to mention that they're dedicated to their members known as the G1s which is something to behold since other sites wouldn't care about that. They were innovators for online communities and video game websites everywhere and I have nothing but respect for them. 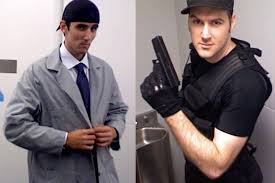 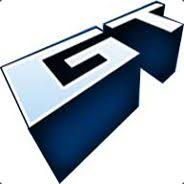 While more of a straight forward video game site, the people behind GameTrailers also do original content for their discussion of games. My favorite videos are their top 10s, their list of the top 100 trailers, their retrospectives of classic video game franchises and their newest video series Timeline talking about the timeline of a video game series. The GT Retrospectives was the main foundation behind the Nickelodeon tribute based on its informative history, the year of its debut, the synopsis, and the overall opinion. Geoffrey Grotz and Brandon Jones have done a great job when it comes to doing thorough research behind a video game. 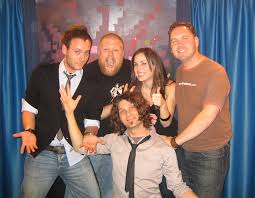 27. A Funny Thing Happened on the Way to the Forum by Burt Shevelove and Larry Gelbart 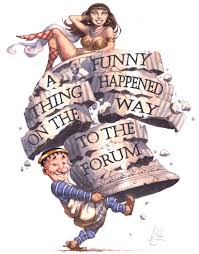 This was the first play that I performed in high school and it was a great start for my love for acting. While I did love plays since my dad would take me to Broadway plays such as Peter Pan, but I had a love for plays when doing this one. When I was 14, I had a small role as one of the courtesans, but I learned a lot from my fellow thespians and our acting director. The songs from Steven Sondheim and the story got me hooked and it was hilarious to be a part of it. 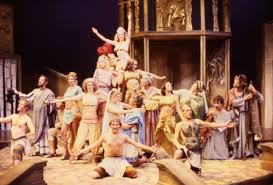 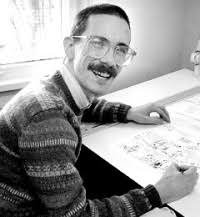 Bill Watterson created one of my all time favorite comic strips of all time Calvin and Hobbes. The comic had a smart, witty, and well written feel despite the fact that the main characters were a 6-year-boy and his stuffed tiger doll. It lasted for 10 years and ended with a great legacy. To this day, people still have a love for Calvin and Hobbes and there's a reason: it has a realistic, relatable plot that anyone can relate to. We all know a Calvin and Hobbes in our lives and it teaches us about imagination, intelligence, and wit. 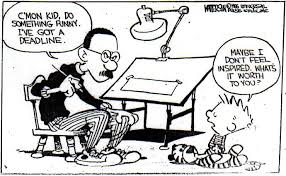 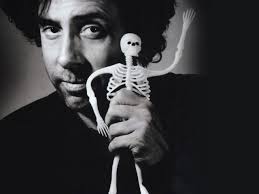 Say what you want about his recent movies, but you can't deny what a huge legacy he left in movies. His dark, goofy, and atmospheric perspective in movies was unique and a standout in the 80's when he debuted with his shorts Vincent and Frankenweenie. My favorite movies from him were Pee-wee's Big Adventure, Beetlejuice, Batman, Edward Scissorhands, The Nightmare Before Christmas, Ed Wood, and Big Fish. However recently, he has made some mediocre films such as Dark Shadows, Abraham Lincoln: Vampire Hunter, Planet of the Apes, Charlie and the Chocolate Factory, and don't even get me started on Alice in Wonderland. Nonetheless, his former movies make up for it. 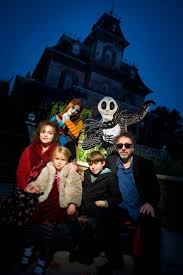 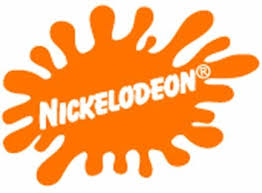 Yeah, yeah, predictable. But I had to put it in here as one of my influences. I grew up with this network for as long as I can remember seeing shows such as The World of David the Gnome, Eureeka's Castle, Rugrats, Doug, The Ren & Stimpy Show, and much more. It was the network that was exclusively for kids and had unique content that no other channel was doing. Despite the pitfalls they fell in over the years, I will still support the network and hope for the best.

Those are 10 more of my influences. Tune in next time as I list 10 more. Hope to see you around Old School Lane soon. Take care.