Around 2003, Klasky Csupo were slowly losing popularity with their Nicktoons. While All Grown Up still had decent ratings and reviews, The Wild Thornberrys ended its run a year prior and their magnum opus Rugrats was losing steam and people were getting burned out on watching it. The addition of the newer characters, the other newer Nicktoons such as SpongeBob SquarePants, The Fairly Oddparents, The Adventures of Jimmy Neutron, and more, and the somewhat stale nature of the newer episodes were the main causes of people losing interest in the show. Arlene Klasky and Gabor Csupo decided to do a TV special simply titled Rugrats meet The Wild Thornberrys to bring up their TV ratings, but the Nickelodeon executives decided to scrap that idea and make the concept into a movie. This would be the first time that two different Nickelodeon shows would come together so it was hyped up to a big hit like Klasky Csupo's previous movies. On June 3, 2003, Rugrats Go Wild was debuted in theaters. In honor of the event, the theater even included scratch and sniff cards to see alongside the movie in homage to Smell-O-Vision back in the 1960s and John Waters' 1981 movie Polyester. The smells included from bananas to smelly feet. This would be the second time that the Nickelodeon executives released a TV special theatrically. Would this time be successful? Let's find out. Here is Rugrats Go Wild! The movie starts off with Tommy watching Nigel Thornberry on TV discussing about animals. When seeing it, Tommy wishes that he wants to be just like him. Angelica doubts this, but Tommy is still determined. Meanwhile, we see the adults getting ready to go on a big cruise that they've been really excited for. While they dream of getting pampered and relaxing in the sun, Stu surprises them with a tiny little ramshackle boat to travel to the South China Seas for their vacation. The adults, hugely disappointed, decided to go anyway. Things don't go very well when a huge storm hits and the boat gets completely destroyed with a giant tidal wave. Luckily, everyone escapes out of a life boat.

The next day, they arrive at a deserted island and Stu tries to make things better for everyone. Unfortunately, the adults blame Stu for getting themselves into this and decide to make him watch over the babies and appoint Betty as their leader. While the adults go off into getting supplies and food, Stu tries to prove himself to the adults and leaves Angelica in charge of watching them. She tells the babies that they're stuck on the island, but Tommy believes that Nigel Thornberry is at the island. They decide to venture out into the jungle to look around looking for Nigel. Angelica and Spike find out that the babies are missing so they looked around separately. Along the way, Angelica meets up with Debbie Thornberry at the comvee saying that she was a tribal princess and having the best scene in the movie by singing the song "Should I Stay or Should I Go" by The Clash, Eliza and Darwin meet up with Spike and talks for the first time (voiced by Bruce Willis), and Chuckie inadvertently meets up and swaps with Donnie. 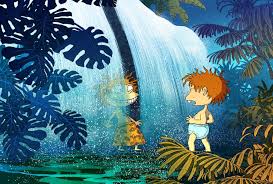 The next song involves with Spike and meeting the movie's villain in a form of a leopard named Siri. Another song involving with dogs being better than cats called "Big Bad Cat" is sung and in the end, Spike is able to defeat Siri. Meanwhile, Nigel and Marianne are looking around for a clouded leopard for their nature show when Nigel gets lost, falls down, and gets his head hit by a coconut giving him amnesia. The babies found Nigel and he starts acting like a baby around him. Tommy becomes very disappointed that Nigel is not the person he seems to be on TV. Back to Angelica and Debbie, Debbie finds out that Angelica was lying about being a tribal princess and accidentally crashes and sinks the comvee. Nigel and the babies get themselves into the Thornberry submarine. He accidentally bangs his head again and regains his memory. Everything seems to go fine until the sub runs out of gas and oxygen. What happens is one of the saddest moments in Nickelodeon history when Nigel tries to calm down the babies and tells them a story as their inevitable moment of death is coming upon them. But then later on, Marianne meets up with Stu, Drew, Didi, Betty, Howard, Chaz, Kira, Drew, and Charlotte and together with Stu's invention, they free the comvee and bring the submarine up. The movie concludes with all the Rugrats characters and The Wild Thornberrys characters making it on the cruise and having a fun time. 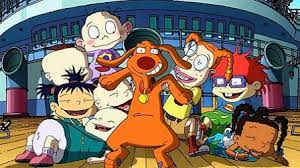 When the movie first came out, it didn't very well on the box office and had mixed reactions with critics and fans. Not only that, but the movie came out around the same time as Finding Nemo which hugely overshadowed it. Overall, this movie is awful! It was a rehashed version of The Rugrats Movie with the babies getting lost in the jungle instead of the forest. Also, it had another forgettable animal villain in the form of Siri, which is hugely disappointing after we got a memorable villain in the form of Coco LaBouche. Also, the addition of the Wild Thornberrys characters were inconsistent with their appearances. Debbie was the only one who was an interesting addition to the movie while everyone else was on the side. The possibility of mixing in these two shows together was a lost opportunity with the Rugrats characters getting more screen time. But that would be fixed one year later with The Jimmy Timmy Power Hour one year later. 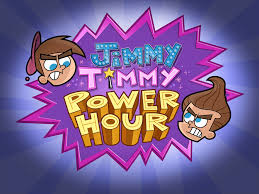 Also making Spike talk was so annoying! He had absolutely no purpose in talking other than making bad jokes and witty remarks, which is absolutely nothing like Spike's character in the show. Finally, the movie has way more gross factors than the previous two movies, in fact, this is the only Rugrats movie that was rated PG. You know how I feel about the grossness in the Rugrats movies, so I'm not going to go into too much details. However, it seemed very unneeded and gross for the sake of being gross. It would have been the norm back in the 90's, but since this movie came out in 2003, the humor of things being gross was already done at that point. When I had mentioned that All Grown Up kind of ruined Rugrats for me, Rugrats Go Wild killed the franchise as this was the last movie that Klasky Csupo did for Rugrats and their reputation had dwindled away with the cancellation of Rugrats a year later. I don't recommend checking it out!

That's all for now! Tune in next time as we look at the final cartoon series that originated from Oh Yeah! Cartoons in the form of My Life as a Teenage Robot. 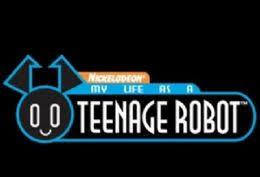