We now go from the first Nickelodeon teen sitcom starring a female protagonist to one of the 3 original Nicktoons. Doug, alongside with Rugrats and The Ren & Stimpy Showdebuted on August 11, 1991 in Nickelodeon. It starred a young 11-year-old named Doug Funnie living his everyday normal life in a small town named Bluffington with his family and his friends. The show became one of the most popular Nicktoons in the 90's. The show lasted in Nickelodeon until January 2, 1994 when Doug and his friends graduated from elementary school. Two years later in 1996, The Walt Disney Company bought Jumbo Productions that included Doug and Roly Poly Olie. Jim Jinkens, the creator ofDoug, was ordered by Disney to make new episodes for Doug for ABC's Saturday morning block, Disney's One Saturday Morning. On September 6, 1996, Brand Spankin' New Dougdebuted on TV. 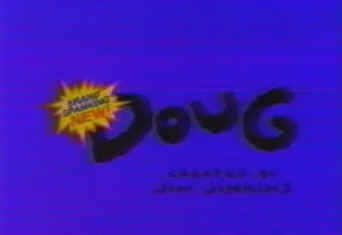 The show takes place 3 months after the Nickelodeon Doug in which we see Doug Funnie going through his normal life as a 12-year-old boy surrounded by his best friends. As time went on throughout the whole show, there were many changes that occured. Billy West, the voice of Doug and Roger was replaced by Tom McHugh and Chris Phillips. West refused to be in the show due to the fact that there were many conflicts with the payment from Disney. Other than that, the majority of the voice actors from the original Doug came back.

A lot of people began to see that this wasn't the same Doug that they grew up with. Changes such as Skeeter getting a growth spurt, Connie losing a lot of weight, Roger becoming rich, Patti having a new haircut, Doug's mom having a new baby, the Honker Burger shutting down and being replaced by a French restaurant, and Doug's voice changing occurs...in the first episode. Other changes that occured in the show was the episode format. Instead of two 11 minute episodes like in the Nickelodeon Doug, the Disney version had one 30 minute episode broken into 3 segments. Also, some episodes focused on the other characters besides Doug. There was an episode that involved with Patti being concerned with her weight and going through an eating disorder to look good. Other changes included the animation being a little bit more brighter and the music being more different and upbeat with whistling instead of Fred Newman's scat and doo-bopping. Minor characters such as Al and Moo and Skunky Beaumont were more prominent and new characters such as Guy Graham were introduced.

The show lasted for 3 years until it ended its run in 1999. It was the most popular show on Disney at the time. That is until Recess came along that same year and took the spot. With that said, many people hated the Disney version of Doug. Even Billy West himself says that it sucks. They hated the changes that occured in the show and found it to be just plain awful. Do I think it's a bad show? Well, to be quite honest, no. In fact, it needed this change to stick out on its own. If Doug would have been the same as it was on Nickelodeon, then people would have been more furious. I think that if Jim Jinkens would have added these changes to Doug when it was still on Nickelodeon, they would have either complained about it or they wouldn't have minded. Seriously, no one is satisfied with anything anymore. I think that the fact that it was on Disney and that Doug and Roger weren't voiced by Billy West made a lot of people turned off by it. I do agree that Billy West made Doug and Roger stand out, especially Roger, and having the new voice actors didn't really cut it. He's one of my favorite voice actors of all time and the show did go down a bit for me when he wasn't there. 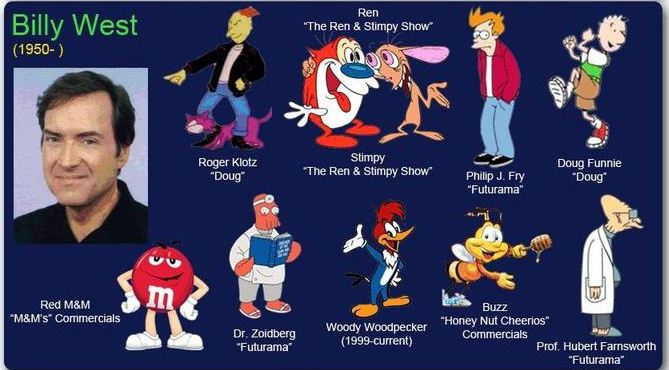 As for the changes, I really didn't mind them. I just would have preferred if they were more spaced out instead of jammed into the first episode. The fact that people mostly hated the Disney Doug for the changes that happened on the show is what gets me irritated. We all go through changes in our lives. We grow taller, we move into a new town or state, we make new friends, we lose old friends, we go to different schools, and things that we treasure are there one day and are gone the next when we least expect it. That's called life. It happens every day. The fact that the Disney Doug was able to take many risks to stand out on its own and show what everyday life really is to kids and teens is something to be commended, not hated. I don't hate the Disney Doug like everyone else who grew up with the Nickelodeon Doug does. It's a different take, while still keeping what made the original great. I recommend to give the show another chance and keep an open mind when watching it.

That's all for now. Tune in next time as we conclude the 90's with a short from KaBlam!getting its own TV series with Angela Anaconda.