To conclude former Nickelodeon shows from other networks in the 90's, we'll finish it with an animated series based on a cartoon short. The 1996 Nicktoon KaBlam! had a lot of classic shorts such as Sniz and Fondue, Life with Loopy, Prometheus and Bob, Action League Now!, and The Offbeats. While Action League Now! would eventually have its own spinoff series, there was another short that have its own series. That short was known as Angela Anaconda. Eventually, the short became a TV series on Fox Family on October 9, 1999.


The TV series was about an 8-year-old girl named Angela Anaconda who lived in a small town named Tapwater Springs and deals with everyday situations alongside her friends Gina Lash, Johnny Abatti, and Gordy Rhinehart. She also has to contend with her mean teacher Mrs. Brinks and her rival Nanette Manoir. Nanette, being French and stuckup, is a pain for Angela and is always trying to best her in any scenario. Also in the mix are typical problems such as school, family, and everyday life.

The show was created by Joanne Ferrone and Sue Rose. Sue Rose, the creator of Pepper Ann, was inspired by her childhood and the animation of Terry Gilliam's Monty Python cartoons to create Angela Anaconda. She even voiced Angela herself. Rose had started building a reputation of creating shows based on girls going through everyday situations based on experiences that she herself went through. She would eventually do so again with the Nickelodeon teen sitcom Unfabulous, which we'll get to eventually. The show became a program that not many people saw since it came around a few months after Digimon and every kid was going through the whole Pokemon/Digimon/Beyblade phase back in the late 90's. Even Angela Anaconda was in the 3 minute preshow of Digimon: The Movie. 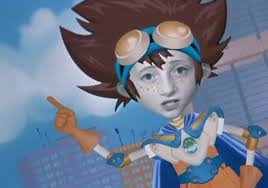 The show was eventually cancelled on February 24, 2002. If you thought that Brand Spankin' New Doug was bad due to it being bland, boring, and generic, then Angela Anaconda is even worse. The show is so boring, generic, and forgettable with cliche characters, generic situations, and a redundant premise. It came out around the time of Recess and Hey Arnold! in which it delved with kids with everyday situations. Those shows did something completely different and unique to make it stand out while Angela Anaconda did nothing new. Besides the animation, the plot was very stale and there was nothing that made it special. I don't recommend checking it out.

That's all for now. Tune in next time as we go into the 2000's as we go into one of the most controversial animated shows of all time: Ren & Stimpy: Adult Party Cartoon.